Further paragraph to give a little more of an intro into how acupuncture can help with this particular issue and be a good choice of treatment. It is important to use the target keywords in this paragraph or the one before it. 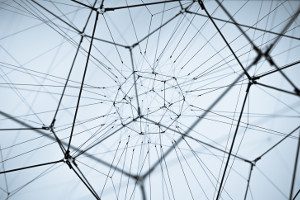 What is Multiple Sclerosis?

Around 100,000 people in the UK have MS. It is an autoimmune disorder of the central nervous system that usually has a relapsing-remitting pattern. Over years, it typically leads to a progressive phase of permanent and increasing disability.

About 10–15% of patients have progressive symptoms from the outset, with no relapses and remissions (primary progressive disease). Some patients have a relatively benign form of the disease with no significant disability for many years. The underlying pathogenic mechanisms in MS appear to involve inflammation and axon degeneration.

There has been very little clinical research investigating the effects of acupuncture on MS, although there are some good word of mouth reports. These are some ways in which acupuncture might help with the management of MS. Modern scalp acupuncture has developed the use of channels specifically for the treatment of MS.

What is Parkinson’s disease?

Parkinson’s disease is loss of dopamine-containing cells in the brain leading to the typical symptoms of rigidity, tremor and postural instability. At present, there are no proven neuroprotective therapies; only symptomatic treatments are available. These include drug therapy such as levodopa and dopamine agonists, MAO-B inhibitors and COMT inhibitors, surgery and physiotherapy.

Two systematic reviews found evidence that acupuncture may be effective for treating Parkinson’s disease, but also concluded that more high quality studies are needed to confirm this. Also, adjunctive acupuncture has been found to improve the therapeutic effect of drugs alone. These studies also suggest that regular acupuncture could allow lower doses of medication to be used, and hence fewer side effects.

Research has shown that acupuncture treatment may specifically help in the management of Parkinson’s disease by:

Convenient for the City of London & West End

How to find us

Discover how acupuncture can help you with a free 20 minute taster session.
Available on Friday and Saturday in January and February.
Contact info@islingtonacupuncture.com to book your session.